Dr. Kennedy moved to New Orleans in 1979 and began looking for a church home.  She attended several but one day was invited to visit St. Monica where she experienced a warm welcoming faith community with a strong sense of family.  She joined the church and became active as a lector, Eucharistic Minister, choir member and member of the pastoral council.  She continues that service as an active member of Blessed Trinity Parish.  Over the years Dr. Kennedy has volunteered her service in the Office for Black Catholics as a delegate to the National Black Catholic Congress and a member of the Implementation Team after returning from those conferences.  With a love for Black Catholic liturgy, she became active in the planning and implementation of Unity Explosion, now the Archbishop James P. Lyke Conference, which strives to demonstrate meaningful liturgy that can be modeled and incorporated into Black Catholic worship.  She continues to serve the Catholic community as a member of the Board of Directors for Chateau de Notre Dame and as a member of the Board of Directors for Notre Dame Seminary.

Professionally, Dr. Kennedy earned the Doctor of Pharmacy degree from the University of California, San Francisco and completed a Clinical Practice residency at the University of California Hospitals and Clinics. She then moved to New Orleans to accept a faculty position at Xavier University. She has completed leadership training at Harvard University and with the American Association of Colleges of Pharmacy.  Her research has been in the area of behavior modification and health disparities with a goal to empower patients to become active participants in their health care to improve health outcomes. She is currently funded by the National Institutes of Health to engage in Community-Based Participatory Research.

In 2004, Dr. Kennedy was named an endowed professor in health disparities research. In 2007, she organized the first national health disparities conference for mid-level health care professionals to address the successful translation of research into effective models of practice to impact policy and change behaviors in the broader community.  This conference continues annually.

In July 2011, Dr. Kennedy and two of her colleagues received the highest award presented by the American Association of Colleges of Pharmacy (the Rufus A. Lyman award) for a publication on the use of an instrument to assess the perceived level of cultural competence of students in order to guide curriculum development. After a national search, Dr. Kennedy was appointed Dean of the College of Pharmacy at Xavier University in May 2010 where she continues to serve. 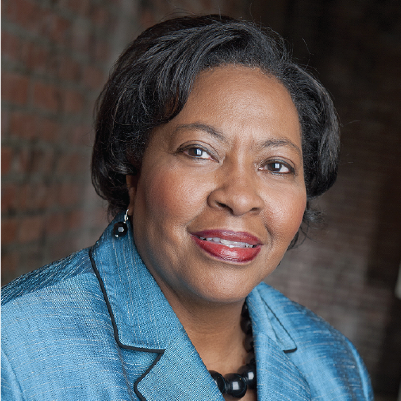