Eugene Harper, Jr. has been organist, pianist and director for numerous sacred and community choral organizations spanning five decades. He has been Director/Accompanist of the St. Joseph Gospel Choir at his parish of St. Joseph in Alexandria, Va., since 1994, where he also currently serves on the Liturgy Committee.

A cradle Catholic, he completed his early education at Our Lady of Victory Elementary School and Portsmouth Catholic High School in his hometown of Portsmouth, Va. He began his music ministry as OLV parish organist at the age of 10, and when OLV’s school and church closed in 1964, he continued as assistant organist at nearby St. Paul’s parish until high school graduation.

Before retirement in 2006, he held many positions in the U.S. Department of Defense during 35 years as a career civilian federal employee and manager.

In 2012, he received the Servant of Christ Award, sponsored by National Black Catholic Congress, and given to bishops, priests, religious, and lay men and women representing a broad spectrum of both clerical and lay leadership and service in the Church.

He is former Chairperson for Black Catholic Ministries in the Diocese of Arlington, Va. He is the Director of the Arlington chapter of the National Association of Pastoral Musicians.

He and his spouse, Cora, reside in Herndon, Va., where they receive frequent visits from their eight grandchildren. 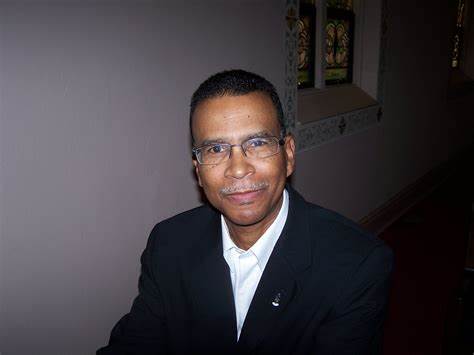