The 14th Archbishop of New Orleans, Archbishop Gregory M. Aymond, is the first New Orleans native to serve as archbishop in the 216-year history of the archdiocese.

In 1971, he received his undergraduate degree from St. Joseph Seminary College. In 1975, he received a master’s degree in divinity from Notre Dame Seminary and was ordained a priest for the Archdiocese of New Orleans. He was a professor and later rector of St. John Vianney Preparatory School until 1981. He then served as professor of pastoral theology and homiletics and director of pastoral education at Notre Dame Seminary where he later served as president-rector for 14 years. He also served as Executive Director of the archdiocesan Department of Christian Formation and as the archdiocesan Director of the Society for the Propogation of the Faith. In the 1980s he founded and lead a regular medical mission program to Nicaragua.

Archbishop Aymond was ordained auxiliary bishop of New Orleans in 1997, named coadjutor Bishop of Austin in 2000, and elevated to Archbishop of New Orleans in 2009. He has served as chairman of the U.S. Bishops’ Committee on the Protection of Children and Young People and the Committee on Divine Worship. He was also Chair of the Board of the National Catholic Educational Association from 2000-2004. He continues to serve on several US bishops’ committees and currently chairs the board of the National Catholic Bioethics Center. 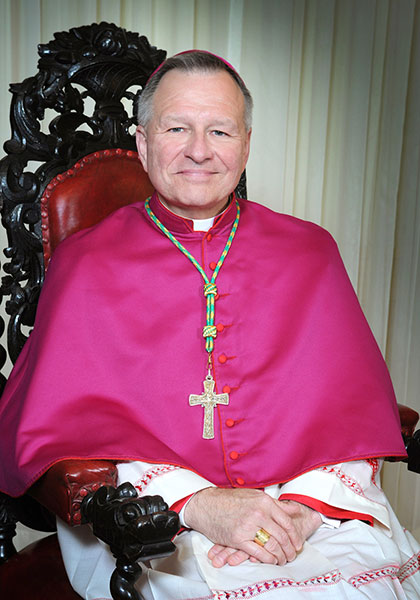